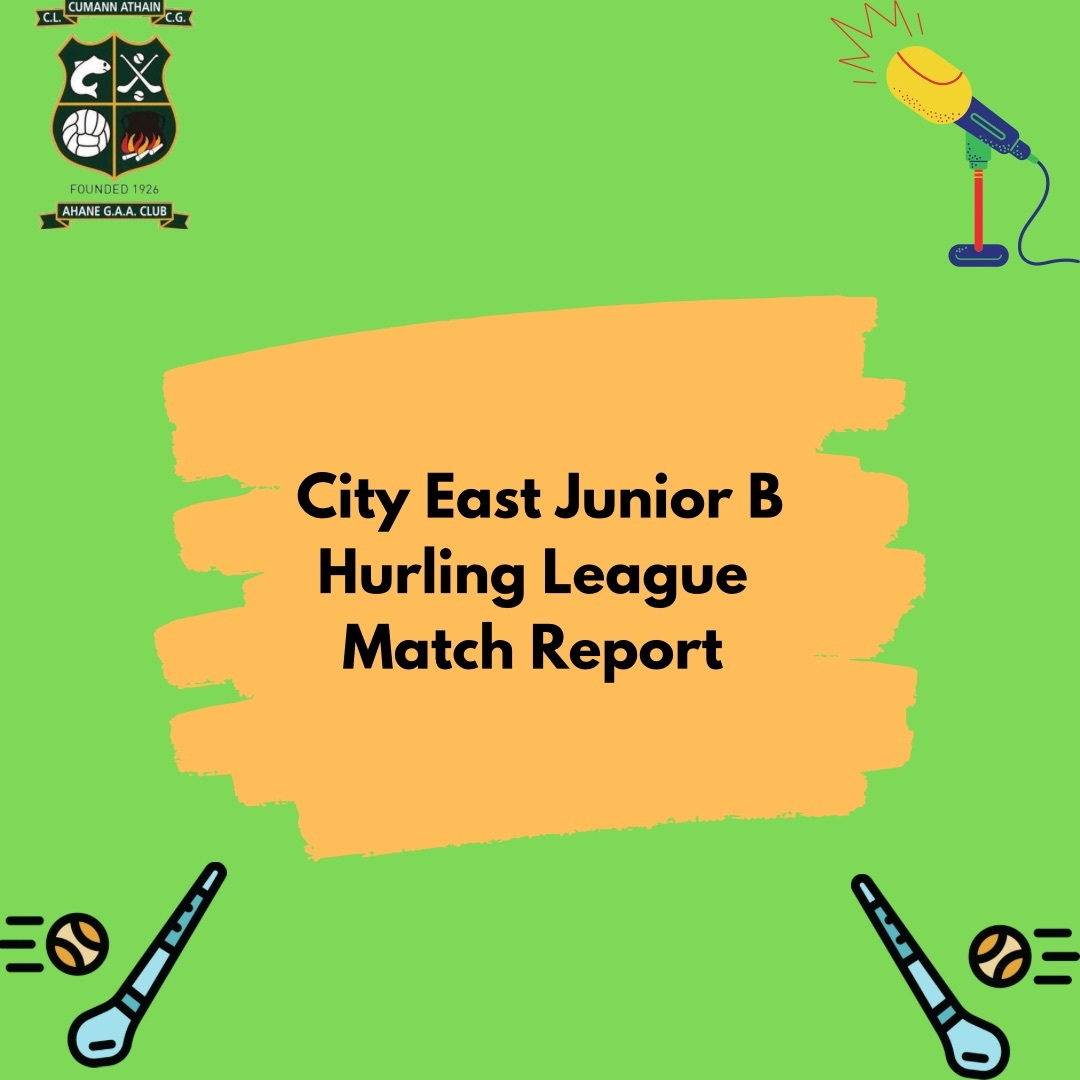 Published: about 2 months ago

Junior B hurlers took on Na Piarsaigh in Mackey Park last week. Sean Madden got our first three points, with Tom Doheny getting our fourth one. Na Piarsaigh than took off on a scoring spree and scored seven unanswered points. Tom got his second score and our fifth after a great interception by Gearoid Harnett, who laid off the ball to Tom and Tom leathered it over the bar. Na Piarsaigh got two more points before Sean got a point from a free. Podge O’Connor got his first point and bought the gap down to five. Sean popped over another free and then a point from play. Na Piarsaigh got the last point of the half and at half time it was Ahane 0-09 Na Piarsaigh 0-14.

We came out all guns blazing in the second half and got points from Sean, Andrew Minehan and Tom. Na Piarsaigh slotted over scores themselves and but we kept our scores rolling again with points from Tom, Andrew, and Sean. We managed to bring the gap to one, but Na Piarsaigh got another point. Seanie O’Connor got a stunning score, followed but Andrew Minehan and again we had it at one point. Na Piarsaigh got the second last point of the game and the final point of the game was Tom Doheny’s but unfortunately we ran out of time and lost out by the smallest of margins. Final score Ahane 0-20 Na Piarsaigh 0-21.

The Ahane u9s have been enjoying getting out and playing ...

We are counting down to our Annual Golf Classic which tee...

⛳️ GOLF CLASSIC ⛳️We are just two weeks away from our Ann...