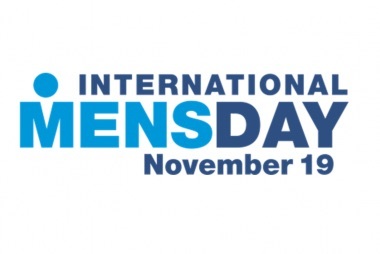 International Men’s Day was launched to help men open up on issues such as violence, health and suicide.

IMD acknowledges the contribution of men in bringing positive value to the world, their families and communities.

IMD is a reminder to men to teach the boys in their lives the values and responsibilities of being a man. Mahatma Gandhi said “We must become the change we seek”. It is only when we all, both men and women, lead by example that we can create a fair and safe society.

What is the theme for International Men’s Day 2022?

The three core themes for International Men’s Day which are used every year are:-

• Promoting a positive conversation about men, manhood and masculinity

These core themes help to highlight some of the issues that affect men and boys such as:

• The challenges faced by the most marginalised men and boys in society (e.g. homeless men, boys in care and the high rate of male deaths in custody)

• The challenges faced by men as parents, particularly new and separated fathers

• The negative portrayal of men, boys and fathers

The six key pillars of International Men’s Day are as follows:-

I. To promote positive male role models; not just movie stars and sports men but every day, working class men who are living decent, honest lives

III. To focus on men’s health and wellbeing; social, emotional, physical and spiritual.

IV. To highlight discrimination against males; in areas of social services, social attitudes and expectations, and law

VI. To create a safer, better world; where people can be safe and grow to reach their full potential

• It is estimated in Ireland, that there almost 25,000 invasive cases of cancer annually. 13,152 diagnosed are men while 11,641 are women. This excludes non-melanoma skin cancers

💃🏻 Victory Dinner Dance 💃🏻Come join us to celebrate our f...

Just over 12 hours until we kick off our 12 Hour Spinatho...

3 more sleeps until our 12 Hour Spinathon 🤩Taking over fr...